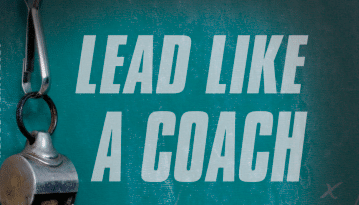 I know. We have all been told there is no reason to check references anymore. After all, when you call a candidates previous employer they refer you to the Human Resources department. And all Human Resources will tell you is their first and last day on the job. Thatâ€™s it! No more! Not much value in that. So why are you calling Human Resources? Read these four tips below. They may keep you from making a few really bad hires.

1. Get references from 3 former bosses

I require all my candidates to provide me three references from bosses that have worked for in the last 3-5 years. I ask for the bossâ€™s phone numbers and tell the candidate to call them to make sure they know I will be calling. On rare occasions I have had a candidate say they could not provide three references. I have told them that the requirement is a non-negotiable. Canâ€™t produce three? Then I canâ€™t move you forward in the process.

Recently I had a candidate who was about 40 years old. He could only provide one reference from about 10 years ago. I happened to know his most recent boss personally and informed the candidate that I was going to call him for a reference. In no uncertain terms the candidate demanded that I NOT call that reference. He seemed to think it was his right to tell me who to call and who not to call. As it turned out the candidate was not hired due to the information learned through the reference check process.

2. Get the boss’s cell phone number

I didnâ€™t tell you that when I require phone numbers to call the bosses, I require that they give me the bossâ€™s cell number. In todayâ€™s day and age we all communicate by cell. It is the easiest, quickest and best way to contact anyone, especially a reference. And it circumvents the traditional practice of calling in through the switchboard and talking to HR. There are two things I am interested in when I ask for cell phone numbers. First, great candidates respond by saying â€œSure! Happy to. I will let them know you will be callingâ€. Weak candidates hem and haw and make excuses as to why they canâ€™t or wonâ€™t produce the required cell numbers. Second, when I call I almost always get voice mail. Without even listening to the message I can tell you whether the reference will be positive or not. How? Because good references always return my calls quickly. Bad ones only answer after multiple attempts or never at all.

You may be surprised that I get cell numbers and that I get references to return my call. Donâ€™t be. Itâ€™s human nature. When someone has worked hard for us and been a good employee and left on good terms we want to help them. The vast majority of people will happily break the rules and give a GOOD reference. They will not break the rules for a BAD reference!

3.Â Share the critical areas of strength needed for the candidate to succeed in the position

Most references are past bosses that know the candidate and his or her strengths well. Remember that. The motivation on the part of the reference is almost always to help the candidate secure employment. But you can use that motivation in your favor. One time I called a reference and you could tell the reference thought a lot of the candidate and spoke quite favorably of them in broad terms. There were certain job requirements that I needed to ascertain whether the candidate was a junior or senior in her performance level. I explained to the reference that I could tell that he knew the candidate well and also wanted her best. But I also wanted him to know that if she could not perform at a senior level in these certain skill areas that she would fail quickly at the job. Further, there was no reason to put her in that situation unless he could express great confidence in the candidateâ€™s ability to perform in these certain critical areas. The reference grew silent. He admitted she was weak in the critical areas although strong in other areas. His desire to help the candidate helped her to NOT get in a position where she would quickly be over her head. That turned out to be a very good reference call.

So, to wrap up. Always check references. You should never NOT do it. Always require cell phones from 3 recent boss references. If they canâ€™t provide them take a pass on the candidate. Pay close attention to how quickly the references return your call. If the references donâ€™t call you back take a pass. Be up front regarding critical areas essential to success and ask the question gently so that the reference can respond gently, especially if they have to admit that the candidate is deficient in certain areas.