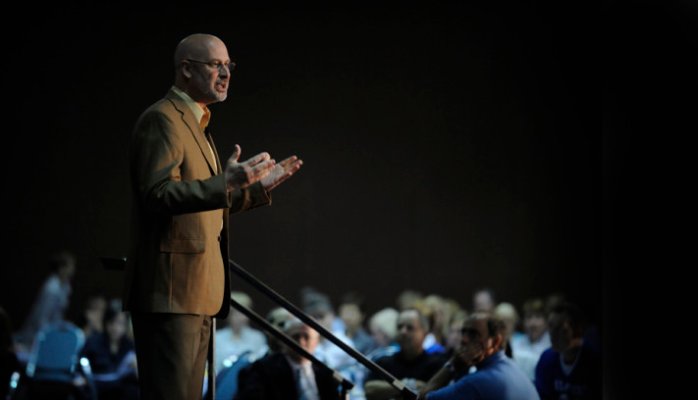 5 Qualities of a Good Sales Managers

In 1993 I took over a failing office for Auto Trader Magazine. I was a young 32 year old General Manager full of ambition and drive. Soon after arriving I evaluated the sales team. My conclusion was simple. We had 5 sales people and needed 12. And I needed a leader. The sales team needed a sales manager to train them and hold them accountable in all aspects related to salesmanship.

One day out of the blue I thought I had found my guy. He came into my office to make a presentation for a service he was selling. I was impressed with his professionalism in securing the appointment with me and in his presentation skills. His skill level was far superior to any on my team at the time.

So I began recruiting him. It took me a while but I was eventually successful. I liked him a lot. His name was Dave. He began making calls with each of our sales people. The goal was for him to learn the business and evaluate our sales talent at the same time. Initial feedback from our sales team was positive, but then I began to notice an interesting and concerning trend.

One day I saw one of our best sales people in the office and asked her, “Hey Janet, I thought you and Dave were making calls together today?” Janet replied, “Yes, well that was the plan but Dave thought he uncovered a couple of high potential prospects yesterday when we made calls and he wanted to go back today to close them.” “Why didn’t he take you with him?” I asked. “He said he wanted to help me out so that I could make my regular calls today.”

I remember thinking that was a little odd, but I accepted Janet’s answer and gave Dave the benefit of the doubt. Now fast forward 60 days. I learned that Dave did this with all the sales people. He would go back to accounts he had visited with the sales people to try to close them on his own.

Dave and I had multiple clarifying conversation regarding his role as Sales Manager. Over and over I reminded Dave what his role was, but I was unsuccessful. I eventually terminated him and here are the five reasons why:

1. Sales managers should never compete with their sales team.

Depriving a sales person of the joy and reward of closing a hard won deal is inexcusable. Sales Managers work beside and behind a great sales person. They step back so that the glory shines on his/her sales reps. A glory hog or a manager needing the limelight will inevitably fail.

3. Sales managers ego is stroked by team success and not individual success!

Initially the sales people had confidence in Dave but they soon learned he had his own agenda. Even after I clarified my expectations with him more than once his ego would not have it. He needed the thrill of the close too badly. I assumed a great sales person could transition easily into a great sales manager. I was mistaken. It was a good lesson to learn early in my professional life.

4. Sales managers must be teachers first and salespersons second.

Dave could sell, but he was impatient and ineffective at teaching other to sell. When making a sales presentation and answering objections he was unable to explain why he said or did certain things even though it was generally effective. Sales Managers must be able to both show and tell when they communicate with their team.

Dave turned out to be one of my worst hires I ever made. He didn’t listen. He was so stubborn and headstrong. He had many qualities that in the right role helped him to be a very good sales person, but great sales managers don’t struggle with ego like Dave did. The great ones are naturally “other” centered. They get more of a thrill from seeing others close a deal than if they did it themselves.

In conclusion, if you have a large sales team and you need to hire a sales manager look closely at your existing reps. You may find the right candidate there. They will most likely be the informal leader, the one the team goes to for help, to get their questions answered. That person will patiently and gladly help their teammates because they have an “other centeredness” about them. Odds are their performance may only place them in the middle of the pack. But that fact only affirms that their drive to help others succeed may surpasses their own individual drive for success.