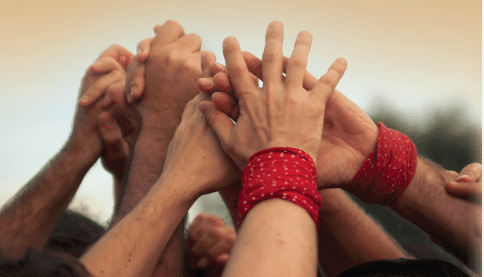 Work to Unleash Power of Your Employees

A few years ago, Ray Strothman, president of Strothman & Co., a regional CPA firm, contacted my firm because he wanted to shift his company’s corporate culture.

The partners were ready to let go of the reins of power and pass it to a talented but less experienced group of managers. A more traditional style of management had been the norm.

How do you move an organization from a “top down,” manager-driven culture to a “bottom up,” employee-based one? This change process that Strothman wanted is called empowerment, and it will dramatically improve your organization, as it did Strothman’s.

Managing change is the foundation for all successful businesses, but unleashing the collective power of your employees requires special skill and focus. This new empowered environment is often uncharted territory for management. They must adjust to this new culture along with employees. So it is difficult for existing leaders to spearhead this “unleashing process” without some outside assistance.

The longer a company is in business, the more likely it is that top management is viewed as the driving force for change. Although solid leadership at the top of an organization remains the foundation for company growth, the empowerment process moves employees into the role of “driving force” while the leadership is able to be visionary.

A consultant can come into an organization and, over time, work with both management and employees to make the necessary changes.

I began the process by conducting an anonymous employee benefits and culture survey. The following areas of interest emerged from the findings: pay for performance, flexibility in work schedules and more communication.

We asked for volunteers to form a work group to address these issues. The response was overwhelming. Sixteen of 35 employees wanted to get involved. Instead of one group, two were formed. One addressed “pay for performance” and the other “culture.”

Weekly one-hour meetings began and continued for several months. I acted as a facilitator and assisted each group in setting goals and objectives for decision-making among participants.

Each group appointed its own leader and performed research, finding out how other firms had implemented better practices. This team-based approach gets everyone involved. Involved employees take ownership. They become the driving force for change and not a roadblock.

And, oddly enough, it does not always take long to see attitudes change. Recently, I was working with a local manufacturing company. After only five weeks, the employees were more positive and open with one another. They were communicating and thinking like a team. It was a dramatic shift.

As the groups work together, their ideas will begin to take the shape of proposals. I recommend that the group make proposals to management.

This is the most satisfying part for me. Without fail, I have witnessed management’s surprise at the performance of the employees. The quality of the research, the thoroughness of the proposals and the detail is astounding.

In the Strothman process, the “pay for performance” plan was extremely thorough. The formula determined by employees for compensation was stricter than the partners would have been.

A flextime policy emerged and received a clear buy-in from the staff. And the organization as a whole is communicating on a new level.

All this and more was the result of weekly one-hour meetings structured to produce tangible, deliverable results. As the staff takes on more responsibility for the day-to-day duties, then management can be free to be visionary.

To unleash the power of your employees, start with these key steps:

â€¢ Design a survey for an employee audit

â€¢ No owners or executive management present — only a facilitator

â€¢ Each group member focuses on an area of interest

â€¢ Oral presentations are made to management

â€¢ Presentations to the whole organization

The traditional directive style of management is fast becoming a thing of the past. Turn your employees loose. You will never know the heights of what they are capable of until you empower them. Let your employees participate with you in the leadership of your company.

I have worked with many different companies through this process, but I never cease to be amazed. Take the risk. Let your employees have a chance to amaze you. Empower them, and they will empower you.